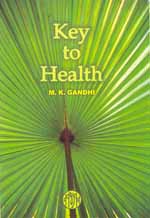 The intoxicants used in India might betaken as the following: alcohol, bhang, ganja, tobacco and opium.Alcohol or liquor include the country made liquor and arak, besides thelarge quantity of liquor imported from foreign countries. All theseshould be strictly prohibited. Alcohol makes a man forget himself andwhile its effects last, he becomes utterly incapable of doing anythinguseful. Those who take a drinking, ruin themselves and ruin theirpeople. They lose all sense of decency and propriety.
There is a school who favourlimited and regulated consumption of alcohol and believe it to beuseful. I have not found any weight in their argument. Even if we accepttheir view for a moment, we have still to face the fact that innumerablehuman beings cannot be kept under discipline. Therefore it becomes ourduty to prohibit alcoholic drinks even if it were only for the sake ofthis vast majority.
Parsis have strongly supportedthe use of tadi. They say that although tadi is an intoxicant it is alsoa food and even helps to digest other foodstuffs. I have carefullyexamined this argument and have read a fair account of literaturepertaining to this subjects. But I have been a witness of the terriblestraits to which tadi reduces the poor and therefore I have come to theconclusion that it can have no place in man's food.
The advantages, attributed to tadi, areall available from other foodstuffs. Tadi is made out of khanjur juice.Fresh khanjur juice is not an intoxicant. It is known as nira inHindustani and many people have been cured of their constipation as aresult of drinking nira. I have taken it myself though it did not act asa laxative with me. I found that it had the same food value as sugarcanejuice. If one drinks a glass of nira in the morning instead of drinkingtea, etc., he should not need any thing for breakfast. As in the case ofsugarcane juice, palm juice can be boiled to make jaggery. Khanjuri is averiety of palm tree. Several verities of palm grow spontaneously in ourcountry. All of them yield drinkable juice. As nira gets fermented veryquickly, it has to be used up immediately and therefore on the spot.Since this condition is difficult to fulfill except to a limited extent,in practice, the best use of nira is to convert it into palm jaggery.Palm jaggery can well replace sugar-cane jaggery. In fact some peopleprefer it to the latter. One advantage of palm jaggery over sugar-canejaggery is that it is less sweet and therefore one can eat more of it.The All Indian Village Association has done a great deal to popularizepalm jaggery, but much remains to be done. If the palms that are usedfor making tadi are used for making jaggery, India will never lack sugarand the poor will be able to get good jaggery for very little money.Palm jaggery can be converted into molasses and refined sugar. But thejaggery is much more useful than refined sugar. The salts present in thejaggery are lost in the process of refining. Just as refined what flourand polished rice lose some of their nutritive value because of the lossof the pericarp, refined sugar also loses some of the nutritive value ofthe jaggery. One may generalize that all foodstuff are richer if takenin their natural state as far as possible.
Taking of tadi I naturally beganto talk of nira and from that I went on to the topic of jaggery. But letus return to liquor for the moment.
None of the public workers perhaps have the same bitter experience of the evils of the drinking as I have had. In South Africa, most of the Indians going there as indentured labourers were addicted to drinking. The law there did not in my time permit Indians to take liquor to their houses except under a medical certificate. They could go to the drinking booths and drink as much as they liked. Even the women had fallen victims to this evil habit. I have seen them in the most pathetic condition. One who has seen those scenes near the public bars will never support drinking.
African Negroes were not given to drinking originally. Liquor may be said to have simply ruined them. Large numbers of Negro labourers are seen to waste all their earnings in drinking so that their lives become devoid of any grace.
And what about Englishmen? I haveseen respectable Englishmen falling in the gutter under the effect ofalcohol. There is no exaggeration in this statement. During the war manyEnglishmen had to leave the Transvaal. Some of them were taken in myhome. One of them was an engineer and a good man in every way, when notunder the effects of alcohol. He was a theosophist. Unfortunately , hewas addicted to drink and lost all control over himself when he wasdrunk. He tried hard to give up the habit, but as far as I know he neversucceeded.
On my return from South Africa toIndia I had a similar painful experience of the evils of drink. SeveralPrinces have been and are being ruined by liquor. What applies to themapplies more or less to many a rich youth. The condition of labour as aresult of taking alcohol is also pitiable. That, as a result of suchbitter experience, I have become a staunch opponent of alcohol, will notsurprise the readers.
In a nut shell, alcohol one physically, morally, intellectually and economically.